Ron received his Bachelor of Science degree from Southern Illinois University at Edwardsville in Political Science with a minor in Geography in 1991. 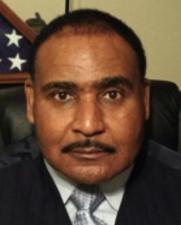 SPSC is Minority Owned, Federally Certified Service Disabled Veteran Owned Small Business (SDVOSB) , a California Certified Disables Veteran Business Enterprise (DVBE) and small business. Headquartered in Barstow California and led by Founders Kurtz Griffin and Ron Martin with over 30 years of experience in professional services, security, intelligence, business and entertainment consulting. We are a highly competent, full spectrum professional  services company with a management team that has over a century of management and leadership experience.

Our management team’s background and expertise underpins the delivery of top quality services and support at competitive rates to our customers. We have an established record of accomplishment and  success by meeting or exceeding all work performance standards within budget.

Kurtz has more than 25 years of experience in the Federal and private sectors in Program Management, Business Development, Law Enforcement and Security Management.  Kurtz also served two tours in Afghanistan as a Project Manager where he was responsible for the planning, coordinating, and execution of training and support to the Regional Military Training Center, (RMTC) in the 205th Corps, area. In this position, his responsibilities included, but was not limited to the management and oversight of C-IED training plans, housing, rations, equipment, ammunition, classrooms, training areas, ranges, safety and the security for the all assets of the RMTC.

Kurtz also served as an Operations Specialist at the U. S. Army

Criminal Investigative Laboratory.  He was responsible for the

synchronization and integration of the Expeditionary Forensic

Laboratory (EFL) with the supported and supporting

data with forensic data and providing operational and policy

oversight for the  EFL.

He has a Bachelor’s of Degree in Business Management from

Administration (MBA) and Aeronautics from Embry-Riddle